Don't Let Your Fears Become Bigger than You..

Having enjoyed my vacation a bit too much, I decided I needed some exercise.

Unfortunately, once my mind is set on a goal, I sometimes have a difficult time changing paths, as do we all, from time to time.

For instance, on a recent bike ride, admittedly there were signs that indicated I should turn around and go home.

Maybe I should have heeded the warnings, such as when someone started driving their car in the actual bicycle lane with me in it or when my shoelace became caught in the bike gears. Yes, both things actually did happen!

Likewise, as clouds started forming quickly, perhaps you would have thought that a good time to get to a safe place.

However, you do realize that I am a very determined individual, yes?

Only when thunder rumbled and a deluge of water hit my head, did I finally stop and assess my situation.

Why had I not called for help at the first indication of impending rain? Sought shelter before the rain poured down? Changed direction when I still could?

Many of us often do not appreciate our situation, whether financial, legal or medical, until some external factor forces us to do so.

As a probate attorney, I often hear that clients had intended to address estate planning issues in their lifetime but never got around to it. Not facing reality is easier sometimes until, unfortunately, we have no choice whatsoever about that issue. Ignoring the signs of what is happening around us becomes a battle of wills, with most of us preferring to not take control or face an unpleasant situation.

Unfortunately, limiting our options rarely turns out to be a satisfactory decision for anyone.

A colleague recently retained me indicating that he wanted to arrange for all four of his children to sign in my office several basic estate-planning documents, such as a Durable Power of Attorney, Pre-Need Designation of Guardianship and HIPAA, now that each child was over 18 years old.

When I raised the topic of Living Wills and Health Care Surrogate Designation, he adamantly said “no”, and could not discuss the possibility that any of his children (or himself) would ever be diagnosed in a permanent vegetative condition. I was amazed! Here sat in front of me, an educated, worldly and highly intelligent individual, who handled many different legal complexities but could not bring himself to discuss a very real, albeit depressing, situation.

Just like you carry an umbrella, a bottle of water, and a cellphone in case of emergency, taking care of yourself must be a priority, not an after-thought.

Don’t Let Your Fears Become Bigger than You and leave you without options.

Remember, Before Your Troubles Hit the Fan, Please Make Sure to Create Your Estate Plan! 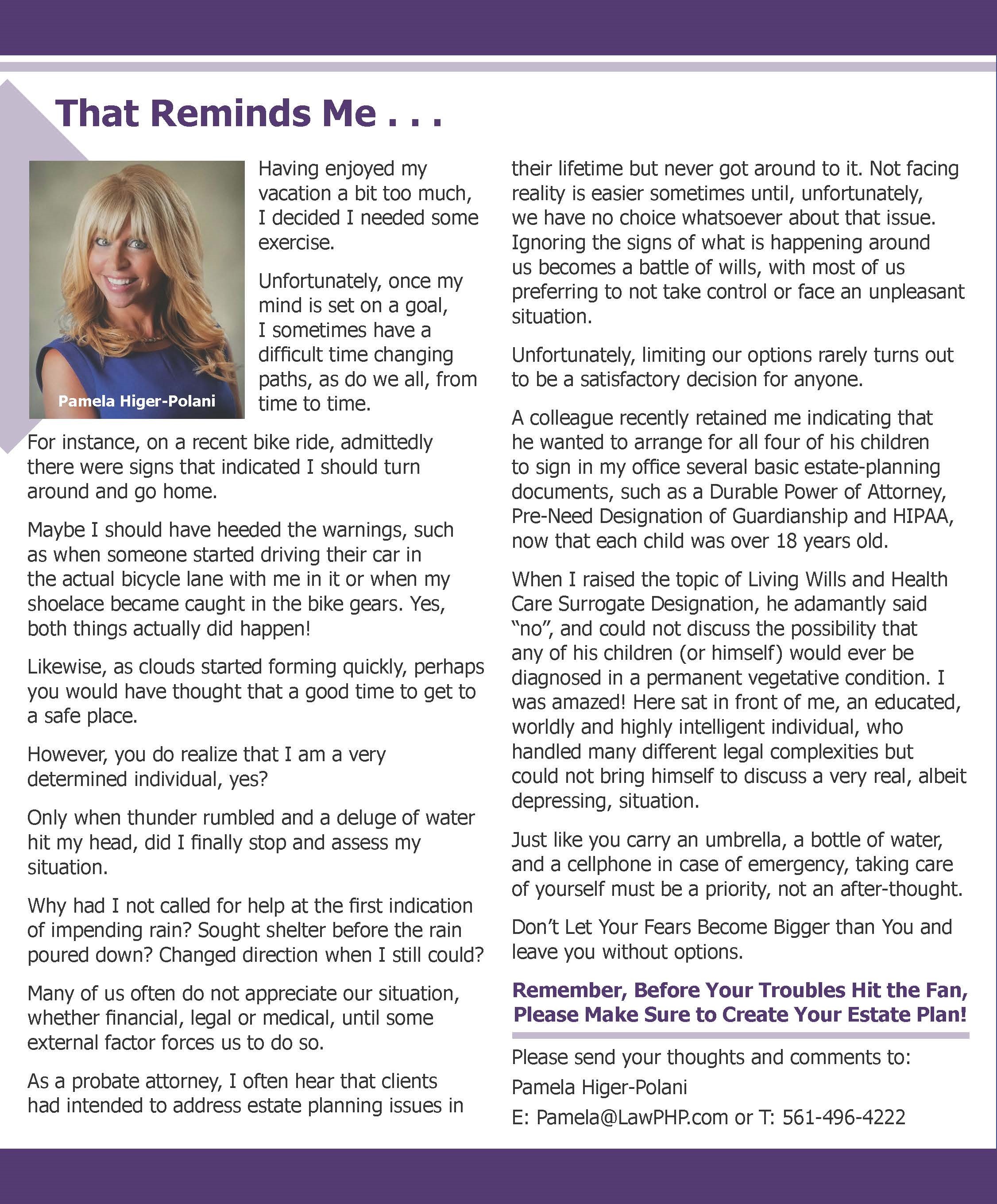 Tips to Protect You from Fraud!!

Tips to Protect You from Fraud!

If you’re purchasing a new home in Palm Beach County – whether it’s your first time, upgrading or downsizing –please protect yourself from possible fraud!!

Florida is not only one of the hottest housing markets in the country but it is also one of the areas most impacted by fraudulent activity!

Here are some suggestions to consider as you settle into your new home:

Once you unpack a few essentials, take the first step to protect what is likely your greatest financial asset by registering at: https://www.mypalmbeachclerk.com/services/property-fraud-alert

This site helps monitor your name (and include your spouse or anyone else whose name may appear on the deed) in the Clerk of Court’s Official Records system. This way, whenever a document is recorded in Palm Beach County, you will receive an alert within 48 hours, detailing what was recorded.

Staying vigilant is crucial and signing up is simple: Just register with an email address and the Clerk of Court will handle the rest!

Tip #2: DON’T OVERPAY FOR A COPY OF YOUR DEED

Upon recording a deed, many homeowners then receive a very official-looking notice, which states that by paying $89 for their services, you can get copies of records of your property deed and/or other property records.

However, all of these documents can be retrieved and viewed for absolutely no cost whatsoever!!

Not computer-savvy? Hard-copies are available from the Clerk of Court at only $1 per page!

If you have a legitimate and reasonable belief that the assessment, classification or exemption status for your property is not accurate, you may (and should) file a Petition with the Value Adjustment Board at https://www.mypalmbeachclerk.com/departments/value-adjustment-board.

Being Educated, Prudent and Vigilant will all help prevent you from becoming a Victim of Exploitative Predators!

Most important, Congratulations on you on your new home and Welcome to Paradise!

Remember: BEFORE Your Troubles Hit the Fan, Please Create Your Estate Plan!!! 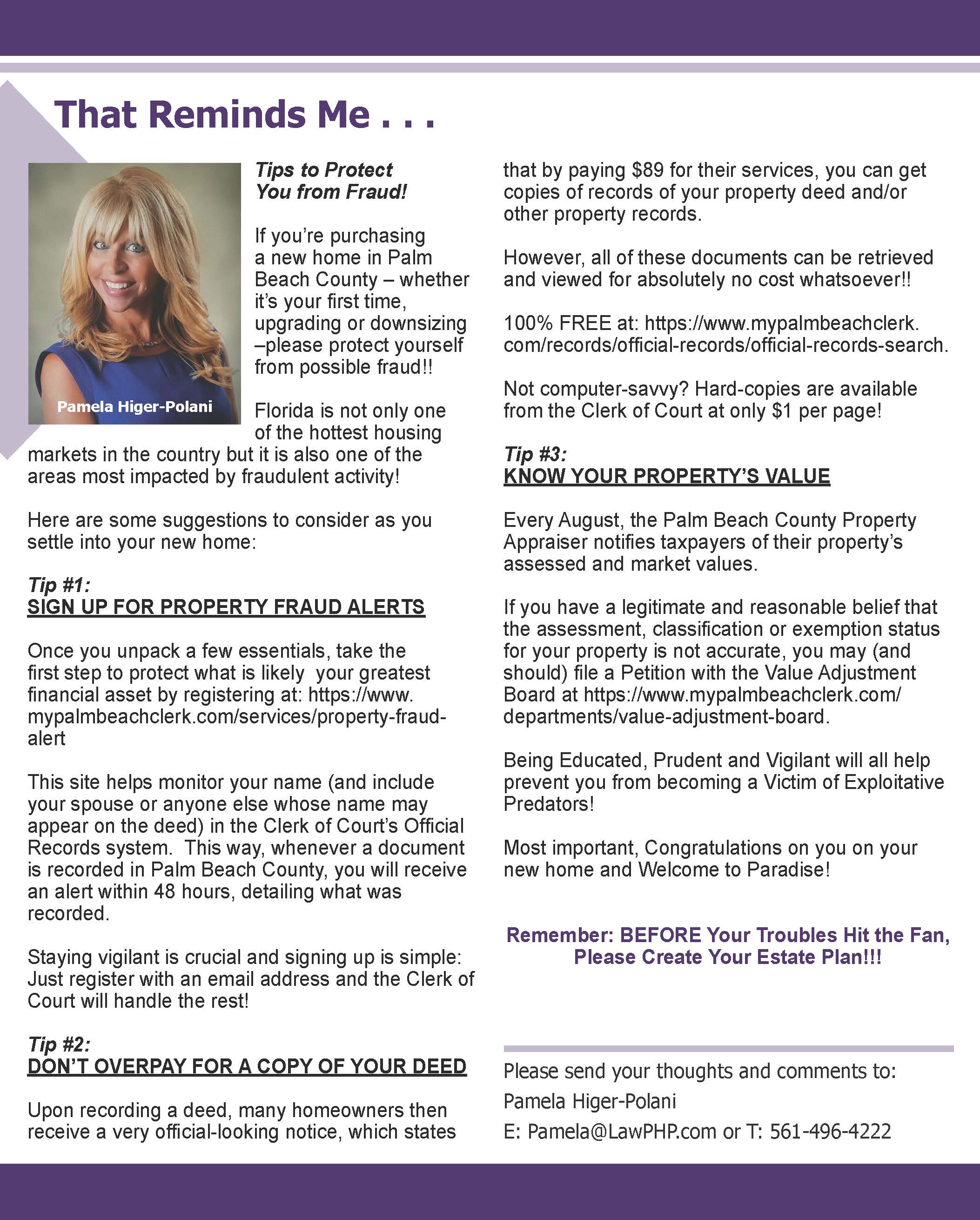 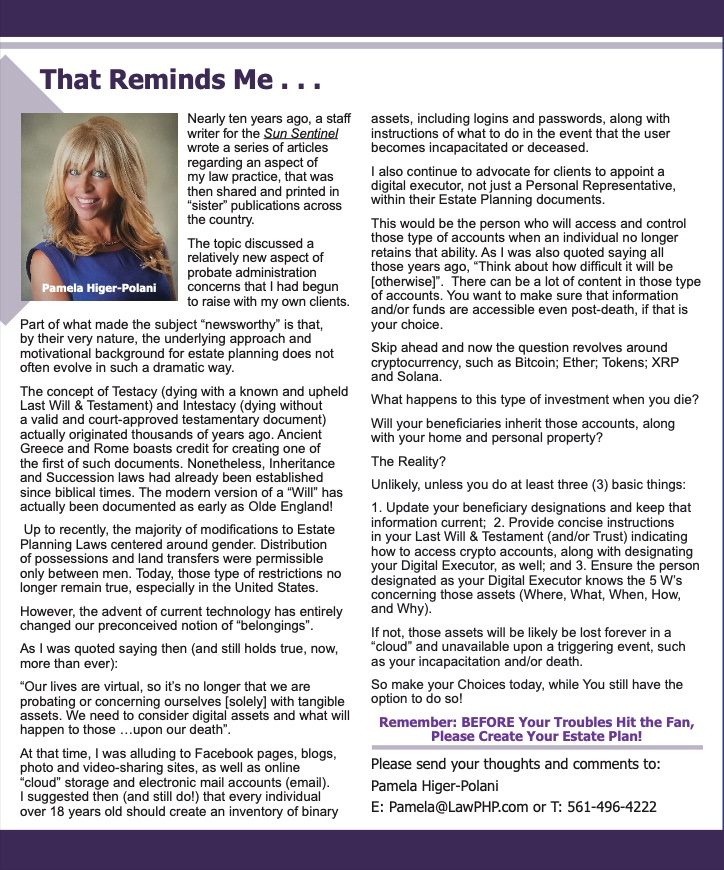 "Sleeping through the night"... 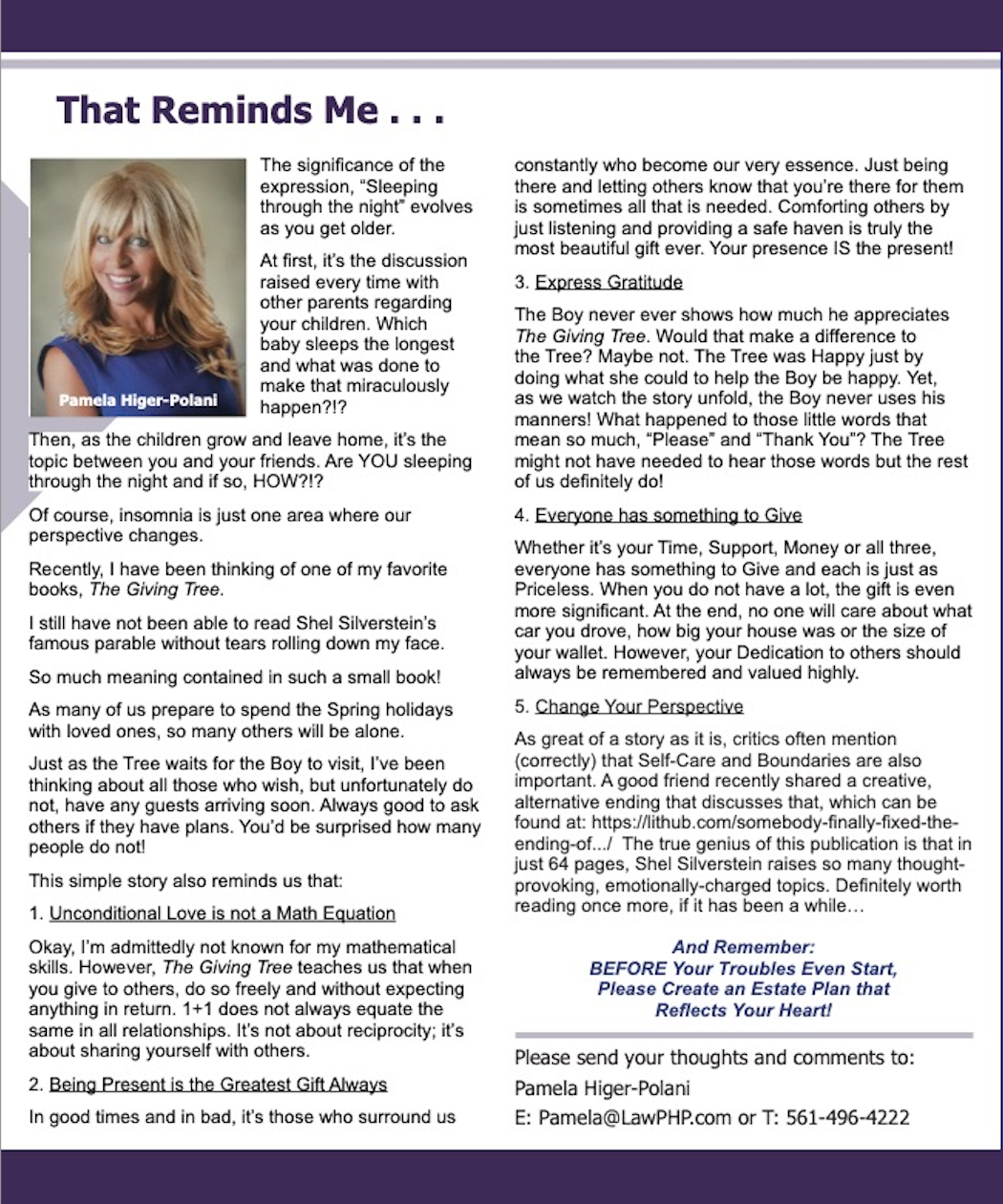 Are you familiar with the word, "VOLUNESIA"?!? 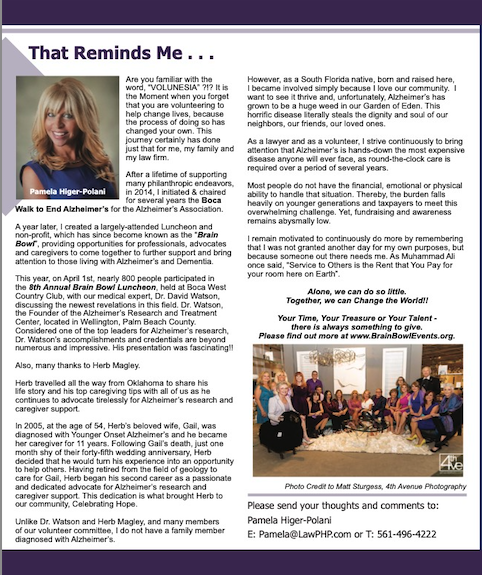 Please keep sending me your feedback!