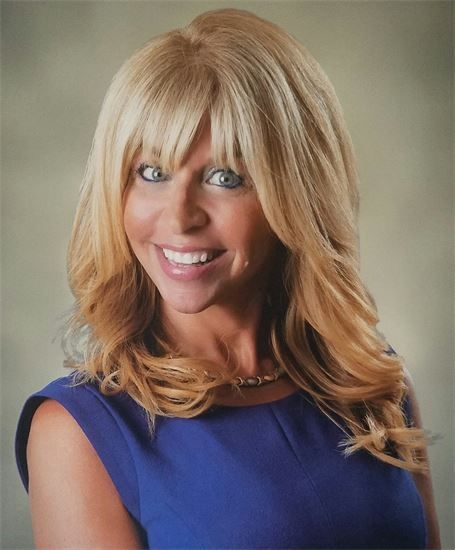 Pamela Higer-Polani offers “concierge” legal services and often travels to clients’ homes and businesses in the South Florida area, providing assistance to those with limited mobility issues the ability to address their personal Estate Planning, including Wills, Durable Powers of Attorney, as well as Trust and Probate Litigation concerns. Her law firm also provides representation in Foreclosure Defense, business formations and succession planning. Having worked in Tel Aviv for several years with a well- known law practice, Mrs. Higer-Polani is fluent in Hebrew, as well.

Pamela Higer-Polani is also one of the leading attorneys in digital asset protection and her novel approach to estate planning was discussed in a series of newspaper articles, published by the Sun Sentinel and Orlando Sentinel in the Summer 2013.

However, it is Pamela Higer-Polani's dedication and involvement with many charitable organizations that truly distinguishes her in the South Florida Community.

The Florida Association of Women’s Lawyers of South Palm Beach, named Attorney Higer-Polani, as one of their Outstanding Members in 2013-14, for creating a unique program, modelled after “Jeopardy”, to help teach high school seniors their legal rights as adults.

Mrs. Higer-Polani is also the recipient of the 2014 "Woman of Distinction" award by SOROPTIMIST INTERNATIONAL, in the professional capacity, for her community service.

In June 2015, Pamela Higer-Polani was then recognized by the STATE OF FLORIDA BAR ASSOCIATION, along with FAWL (Florida Association of Women Lawyers), as a “Leader in Law”.

In February 2016, ATTORNEY AT LAW magazine, who usually only highlights one attorney each month, selected Attorney Higer-Polani, as their “Attorney of the Year”.

In March 2018, Attorney Higer-Polani was further recognized as a “Woman of Worth” by the Central Palm Beach County’s Chamber of Commerce.

In January 2019, Attorney Higer-Polani was chosen to co-chair the Israel Cancer Association luncheon and was also a recipient of the “Giraffe Award” from the Women’s Chamber of Palm Beach County.

In November 2019, Attorney Higer-Polani was chosen the honorary chair of the Veteran’s Gala, for Connected Warriors.

Among several other organizations, Attorney Higer-Polani serves on the Professional Advisory Committee in Boca Raton for the National Holocaust and Memorial Museum, located in Washington D.C., a lifelong member of Hadassah’s Professional Committee, as well as several local professional bar associations.

After several years of participating and supporting the Alzheimer's Association in a professional capacity, Pamela Higer-Polani began in 2013 to truly encourage the headquarters of the S.E. area to expand their Walks, to have one that addressed the needs of people living in Boca/Delray/Boynton/Parkland/Deerfield Beach specifically. The Boca Walk she created is the only one held on a Sunday in the State of Florida and is attended by residents as far as Miami and Jupiter.

As the Founder and Past Chairperson for 3 years of the BOCA WALK TO END ALZHEIMER'S, Mrs. Polani strives to educate those in the overall, professional and legal community, that although Alzheimer’s remains one of the least understood and discussed diseases, it is one of the leading causes of deaths in our country.

While every other major disease in our country is on the decline, Alzheimer's is dramatically on the increase. This is why, unlike many other charity walks, the Boca Walk to End Alzheimer's does not charge any registration fee whatsoever to include all members of the community and help increase awareness of how this disease affects everyone.

Within the first three years since its creation, under Ms. Higer-Polani's leadership, the Boca Walk is the #1 Walk to End Alzheimer's for the Alzheimer’s Association in South Florida, with over 8,500 participants and helped the chapter raise for the first time more than One Million Dollars!

In 2014, Pamela Higer-Polani became the President of BRAIN BOWL EVENTS, INC., a non-profit she founded, which hosts a highly-attended annual event, the “Brain Bowl Luncheon”, benefiting families impacted by Alzheimer’s, Dementia and Parkinson’s, and at which local professionals and dignitaries attend to learn more about these debilitating and devastating diseases.

In 2017 and 2018, Pamela Higer-Polani was recognized as the #1 Fundraiser for the Alzheimer’s Association in the State of Florida and ranked #9 in the entire country, amongst millions of participants.

Our motto is to Live Life to the Fullest,

while Helping Others do the Same!

**The hiring of a lawyer is an important decision and should not be based solely upon advertisements. Before you decide, ask me to send you free written information about my qualifications and experience